Facebook: Shuts Down Accounts of Ugandan Government Officials Ahead of Elections 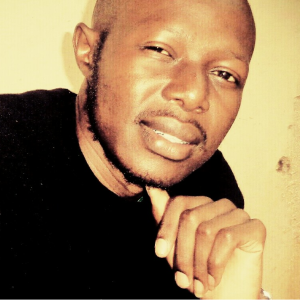 Facebook shuts down a slew of accounts of Ugandan government officials. Mainly, the social media giant accuses the same seeking to manipulate public debate. Especially, ahead of the elections on Thursday.

Just a few days after suspending Facebook account belonging to US President Donald Trump over incitement, on Thursday accounts belonging to various top Uganda official were shut down for manipulating public debate ahead of an election scheduled to take place on Thursday this week.

In particular, the East African nation is holding presidential and parliamentary elections. After, a tense and bloody campaign. Especially, with the incumbent 76-year-old President Yoweri Museveni. Facing a tough challenge from former pop star Bobi Wine.

Also, Facebook Communication Head, Kezia Amim Addo did write an email over the same. In the email, it did mention that this month, the internet giant did remove a network of accounts and pages in Uganda. Only, the ones that did engage in Coordinated Inauthentic Behaviour (CIB). Also, Addo said that these people did use fake and duplicate accounts to manage pages, comments. Especially, on other people’s content, re-share posts in groups and also impersonate users. Mostly, in groups to make them look more popular.

Anim-Addo added that the team did find the government ministry of information and communications technology in connection. Saying that the impending election in Uganda, the move did need speedy implementation. Also, a quick investigation and takedown the network.

Moreover, Museveni’s senior press secretary Don Wanyama did accuse the social media giant of seeking to influence the election. In particular, both his Facebook and Instagram accounts are shut down. He did take to his Twitter account to express his opinion on the same. He shared that the Museveni’s opponent government is aiming to stifle the National Resistance Movement NRM voices in the country. Also, he did ask the Ugandan communication commission to act and ensure a fair digital play.

Further, minister of gender, labour and social development in Uganda, Frank K Tumwebeze did echo Wanyama’s sentiment. In addition, did call for the immediate release of their social media accounts.

Mainly, forces are deployed across Uganda. Including, the capital Kampala to maintain law and order. Amid fears of violence on the presidential and legislative election on January 14.

Notably, President Yoweri Museveni did win every election. Since the first under his tenure in 1996. Though, the opposition is complaining that he did win the past election unfairly.