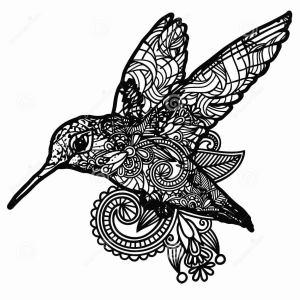 Inspirational writer aiming to uncover stories across the world. Looking for tales of truth and inspiration alongside breaking news. Experienced as a writer for news and magazine platforms. She believes "Stories and reports not only uncover the world but also educate, inspire and develop societies."
All Posts

This development reportedly came after the four countries signed an accord during the 41st summit of Gulf Cooperation Council (GCC). Then summit took place in the Saudi town of Al Ula. This was a much-awaited move following the change in power at the White House. As Joe Biden expressed a diplomatic relationship with the Islamic Republic in the condition that they resume back to the terms of 2015 nuclear deals.

Furthermore, Saudi Foreign Minister, Prince Faisal bin Farhan, expressed joy as resolution has been bought in all areas of difference.

“It will be a strong and important foundation to the future of the region and its stability,” Prince Faisal said.

As Saudi Crown Prince, Mohammed bin Salman, met the Emir of Qatar, Sheikh Tamim, at the airports, the two exchanged warm hugs with the mask on. This reportedly brought in tweets from around the region as a 3 year-long separation ends. UAE’s foreign minister tweeted, “shining new page”.

Mohammed bin said, “The GCC leaders needed to unify our efforts to advance our region. It will also face challenges that surround us, especially the challenges represented by Iran’s nuclear and ballistic missiles program.”

The Closure of Boarders

In June 2017, Saudi closed down the border connecting the two lands. This reportedly happened as a result of Doha’s positive response and closeness to Iran and also claiming its funding of radical Islamic Moments. This has resulted in the closure of most of Qatar land border, as the only neighbouring land in Saudi Arabia.

Similarly, the United Arab Emirates, Bahrain, and Egypt reportedly took the path of non-cooperation on the same grounds. This also brought about the further restriction in travel, trade, business deals. The restriction mainly caused major trouble for Qatar. This was because they relied on Saudi for the major supply of dairy products and construction materials. This also caused Qatar Airways huge cost as they had all their flights in longer and costlier routes due to air-ban.

Also, the impacts on the upcoming 2022 FIFA World Cup brought in worry and confusion among the people as the outcome was unpredictable. Despite this, there was never a disruption of the pilgrimage. Saudi Arabia is the holy land of Muslims, where they perform their Islamic hajj/pilgrimage. This has also brought in major sadness among mixed-nationality families, mainly between Saudi and Qatar.

Despite all these, the blocking countries raised additional demands to Qatar if it wanted to reopen the borders. Qatar not only rejected all their demands but also rejected their claim on being a supporter of Islamist groups, which mainly focused on Iran.

As the GCC summit was coming up, Kuwait expressed its concerns about the severe stand that Qatar stood by. The escalating initiatives of Kuwait bought the Qatari Emri for the summit on January 5, finalizing the conflict.

Even as the countries join hands, it is unclear what concessions and promises have been made between them.