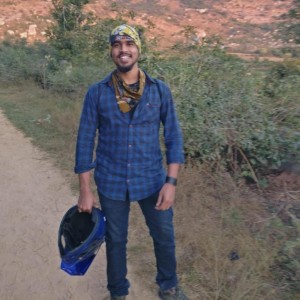 R SAI VENKATESH | Chennai: The Environmental Impact Assessment (EIA) draft, 2020, has triggered widespread dissent among a number of expert groups and environmental activists. Numerous criticisms were taken to social media platforms to create awareness among the public on a draft for which public and community opinion forms a fulcrum to.

The new draft, which comes as an amendment to the EIA, 2006, is largely growth-centric and appears to be negating the concept of sustainable management. In a move by the Delhi High Court in the last week of June 2020, the deadline to provide the public hearing has been extended till August 11, which is not so far away. The ruling also mandated the draft to be released in 22 regional languages as listed under the eighth schedule of the Indian Constitution. However, a report from The Hindu states that there has only been the conversion of the draft to 3 regional languages hitherto, which comes as a cause of worry. This is because the draft, which was supposed to be ready for the public comments between the months of April and June, has once been delayed by the pandemic and might be delayed further. But apart from the delays, the draft, in itself, appears to have various lacunae that are largely overlooked and appears to be altering the crucial points in its flowchart and protocols.

Sustainable development, as elucidated by the World Commission on Environment and Development, enunciates that the development in the current scenario must cater to the needs of the present and, at the same time, not compromise on the need of future generations. The Environmental Protection Act (EPA) was passed in the year 1986, which is aimed at the protection of all forms of environment and the conservation of biodiversity at large. The EIA was introduced in the year 1994, taking cover under the EPA, 1986. It is an undeniable fact that EIA plays a pivotal role in maintaining an ecological balance, providing a sustainability assurance when certain projects are over growth-centric and neglects environmental ethics. EIA is the national instrument of sustainable development.

The initial draft of the EIA was first superseded by the draft of 2006, which strengthened the scheduling of the projects. The projects under the first schedule, further categorized as ‘A’ and ‘B’ despite being government or private, must carry out an impact assessment of the project on the environment by any competent authority as per the pleasure of the project proponent. The exception is provided only to ‘B2’, a subdivision of category ‘B’, while ‘A’ and ‘B1’ categories are provided approvals by the Centre and the State, respectively.  Another important feature which the draft strengthened was the need for ‘Public Hearing’, bringing the local community as a stakeholder in the process of EIA.

Dissents and disagreements to the proposed draft mainly revolve around three fresh amendments, which have the potential to give clearances for projects harmful to the environment.

The proposed draft aims at a reduction in the time available to the local communities to engage in Local hearing from 30 to 20 days. This is a major cause of worry, as public concern and support are most essential for the proper implementation of EIA and the EPA.

Another factor of concern is that category ‘B’ projects, which were earlier considered as category ‘A’ projects in necessary cases, would no longer be considered so. These were visible in those cases where the proposed project – if in the vicinity of any Ecologically Sensitive Zone (ESZ) or protected area – shall be considered under category ‘A’ and has to undergo a more excruciating appraisal.  However, the 2020 draft takes this provision away.

The draft also paves way for more projects to come into the B2 category, where there is blanket protection from the EIA. As per a report from the Hindu, Section 26 of the draft notification provides an exemption to projects like Coal Mining, Seismic Survey for oil, methane, shale etc, which have from time to time showed their adverse effects on the environment.

Lastly, the draft also has extended its tolerance for miscreants. The draft has held its stand on the post facto clearances, even though the apex court has stated otherwise. The post facto clearances are for those projects, which have proceeded without a proper environmental clearance if they can fare well in the area. The Supreme Court has expressed dissent and has stated that there is a need for an ecologically rational outlook to be adopted during developmental activities.

The dissenter and heretics to the draft, therefore, have a clear stand on their side. While there is a need for technological development, improved infrastructure and developmental projects, the protection and prevention of damage to the rich biodiversity and other environmental concerns must not be compromised.

The South Asian Network on Dams, Rivers and People (SANDRP), has deemed the new draft of EIA to be unjust and undemocratic. Numerous environmental experts and NGOs have the same opinion, too.

Another point to be noted here is a report from The Print that highlights the blocking of 3 environmental group websites, which have expressed dissent against the newly proposed draft. The extent of rebuttal from the government’s end has even reached the peak where the notices on UAPA (Unlawful Activities Prevention Act) – the act that fights against terrorism in our country – was invoked, thereby equating heretics to terror promoters were sent.

The Delhi Police, later on, withdrew the notices sent under UAPA. However, the impression this leaves behind shows the measures that the government is willing to take to uphold the draft.

Lastly, there is one thing that the government must make note of. Shortening the people participation will lead to repercussions, causing unrest and disruption of law and order.

The incidents of the past have shown us these. The Narmada Bachao Andolan witnessed an immense dedication by the tribal groups against the developmental but diabolic construction of dams across the river Narmada. The Tuticorin protests in Tamil Nadu also sprung out of the damage caused to environment and life due to Sterlite Copper. Opining is an integral part of every democracy. Every individual’s opinion shall aggregate to form a public opinion, which must not be curtailed at any circumstance.

People have, in the past, expressed dissent and participated in protests against laws that have an adverse effect on the environment. Also, there is the question of Man vs Animal conflict, which largely arises when hasty developmental projects are given an easy pass. The recent incident in the South Indian state of Kerala, which led to the death of a pregnant elephant, is a classic example that highlights the encroaching of animals into human habitats due to the destruction of theirs.

Thus, the onus is on the government to revisit its actions to avoid serious ramifications in the long run.